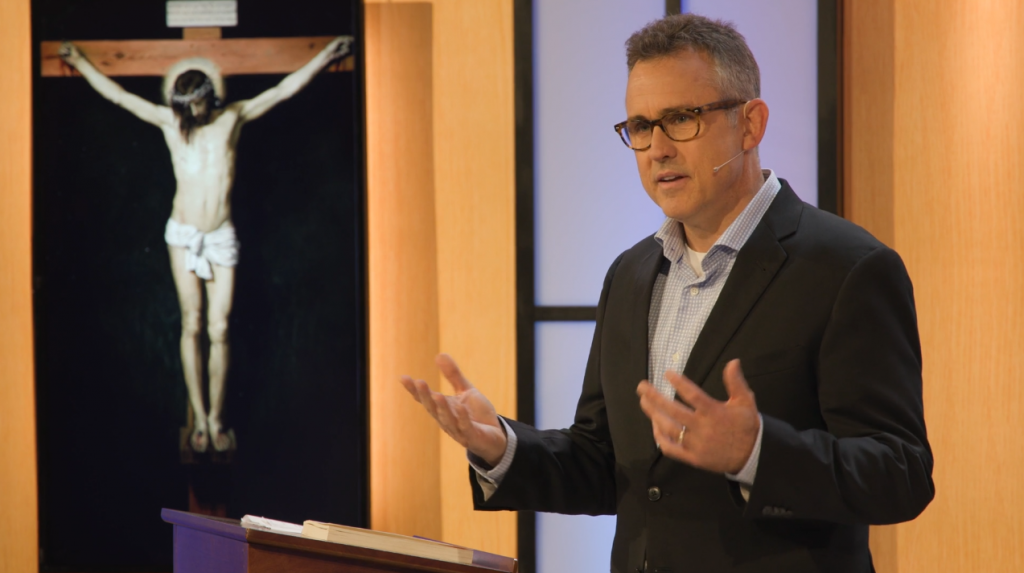 Kevin Wells is a former award-winning sports reporter with the Tampa Tribune, where he covered Major League Baseball and other sports. He is the best-selling author of The Priests We Need to Save the Church, a written plea for holy priests to live like the paragons, martyrs, and great saints before them. His book was quickly disseminated in bulk to seminarians across America. Many hundreds of clergy throughout the world have read Kevin’s book.

Kevin is a writer whose articles have appeared at Crisis Magazine, Catholic Exchange, LifeSiteNews, The National Catholic Register, One Peter Five, and Homiletic and Pastoral Review. He is an active evangelist who has spoken on a national Catholic stage including the Legatus Summit, Napa Institute, That Man is You, on EWTN, the TASTE program, as well as hundreds of other men’s and women’s conferences, retreats and events, radio programs and podcasts. Kevin speaks on the urgent need for heroic lives of virtue and untamed Catholicism in the public square, in addition to many other Catholic topics.

Wells, inspired by the startling life of American Venerable Aloysius Schwartz, traveled to Mexico and spent a month at World Villages For Children, an organization in Chalco, Mexico run by The Sisters of Mary, a religious community – founded by Venerable Schwartz. Wells was so moved by the stories of “Fr. Al” and witnessing firsthand the sisters’ round-the-clock work to nourish, house, catechize and care for 20,000-plus teens in seven different countries, he penned the acclaimed biography: Priest and Beggar: The Heroic Life of Venerable Aloysius Schwartz, published in 2021 by Ignatius Press.

Wells served as a “content expert” for the EWTN series “They Might Be Saints,” featuring Fr. Al Schwartz, in collaboration with Michael O’Neill, The Miracle Hunter.

In 2009, he survived a brush with death after a malformed line of vessels in his brain hemorrhaged. The day after invasive brain surgery failed to control the flow of blood, Kevin was anointed by Fr. James Stack – the longtime best friend of his murdered uncle, Msgr. Thomas Wells. To this day, witnesses in the neuro-ICU room tell of the miracle that unfolded at his bedside. He wrote Burst, A Story of God’s Grace When Life Falls Apart during his recovery.

Kevin is President of the Monsignor Thomas Wells Society for Vocations, which commits itself to the promotion of strong priests, seminarians, and practicing the fullness of the Catholic Faith. His work with youth earned him the James Cardinal Hickey National Figure Award from the Archdiocese of Washington.

When Kevin is not writing and speaking, he enjoys blogging and hosting the One2One Podcast with missionary priest Fr. Dan Leary, who is chaplain to 20,000 children under the care of the Sisters of Mary. Kevin loves baseball, reading writing and lives in Maryland with his wife and three children. Learn more at KevinWells.org.

Kevin speaks to various groups of all ages and stages in their spirituality.

The above talks can be tailored to specific audiences such as:

“It is truly an honor to offer a few words of support for the good work that Kevin Wells is doing in the name of Jesus Christ. Many have said that in these dark times the laity will be the leaders of renewal and Kevin is one of those leaders. The books and articles he has written, the presentations he’s made, and the faith-filled speeches he’s offered in the Light of Jesus Christ are a great blessing for our time.” – Bishop Joseph Strickland of Tyler, Texas

“I have had the great pleasure of reading three of Kevin’s books, several articles, and have heard him speak publicly numerous times. He is the kind of heroic witness the Church needs in these troubled times. I give him my highest possible recommendation.” – Bishop Joseph L Coffey. Archdiocese for the Military Services, USA

“From priests, to seminarians, to the lay faithful – Kevin Wells is very highly respected. His writings and books bring the truth in a digestible and captivating form. Kevin is a man seeking to bring vitality to the Church. His writings, conversations, and interviews are salt and light! He is a sorely needed voice and witness for these times.” – Fr. Jonathan Meyer, Pastor of all seven Catholic parishes in Dearborn County, Indiana

“Kevin’s book, Priest and Beggar, captures the sacrifice and reward of giving one’s whole self to Christ and His people. Into your hands, Lord” could be a subtitle.” – Bishop Thomas Daly, Spokane, Washington

“Kevin Wells understands and well articulates not only the difficulties the Church faces in promoting Jesus Christ today, but also provides heartwarming solutions from the lives of the saints. He brings joy and hope to a parish community by portraying the communion of saints in living color.” – Fr. Joseph Illo, Pastor of St. Mary Star of the Sea Parish & Popular Blogger, San Francisco, California

To learn more about Kevin’s work, visit his Media Page where there are links to articles, television and radio interviews, podcasts, and more.