Priest and Beggar: The Heroic Life of Venerable Aloysius Schwartz

In 1957, at twenty-seven years old, Father Aloysius Schwartz of Washington, D.C., asked to be sent to one of the saddest places in the world: South Korea in the wake of the Korean War. Just a few months into his priesthood, he stepped off the train in Seoul into a dystopian film. Squatters with blank stares picked through hills of garbage. Paper-fleshed orphans lay on the streets like leftover war shrapnel. The scenes pierced him.

Within just fifteen years, Father Schwartz had changed the course of Korean history, founding and reforming orphanages, hospitals, hospices, clinics, schools, and the Sisters of Mary, a Korean religious order dedicated to the sickest of the sick and the poorest of the poor. All the while, he himself—like the Sisters—lived the same hard poverty as the people he served and loved.

Biographer Kevin Wells tells the story of a different kind of American hero, an ordinary priest who stared down corruption, slander, persecution, and death for the sake of God’s poor. “What Father Al managed to do is beyond the pale”, said his longtime collaborator Monsignor James Golasinski. “He was the boldest man I ever knew. He feared nothing.”

Known for his joy and his humor, even in the teeth of Lou Gehrig’s disease, Schwartz was declared a Servant of God by Pope Francis in 2015. By the time of his death in 1992, his work with the Sisters of Mary had spread to the Philippines and Mexico; and since then, the Sisters have founded Boystowns and Girlstowns across Central and South America, as well as in Tanzania. Father Schwartz died calling out to his beloved Mary, the Virgin of the Poor, saying, “All praise, honor, and glory for anything good accomplished in my life goes to her and to her alone.”

Priest and Beggar: The Heroic Life of Venerable Aloysius Schwartz is published and sold via our partners at Ignatius Press. You’ll be redirected to their website for making your purchase. Thank you for your support!

The Priests We Need to Save the Church

In Kevin’s best-selling book The Priests We Need to Save the Church, he lays out a blueprint of priestly heroism, calling for today’s shepherds to take the narrow path of self-denial once tread by St. John Vianney, the priest-saint of old, and his own uncle, beloved Monsignor Thomas Wells, who, before his shocking murder, led more than a dozen men to the priesthood and affected the lives of thousands.

The Priests We Need has been read by countless hundreds of priests and seminarians throughout the world. Laity, too, has been impacted by the searing work of the holy priest presented in its pages. Bishops in several diocese have disseminated The Priests We Need to seminaries in their diocese. Many priests have reached out to Kevin to explain how the words in his book have re-engineered their priesthoods.

It is the day-to-day witness of the sacrificial parish priest that will rescue a Catholic Church in seemingly terminal disarray. Exploring the astounding impact that his Uncle Tommy — thought by many to be a martyr for the Faith — had on so many souls, Wells shows how only the sacrificial and steady work of the parish priest can steer the Church aright, forming it into the holy, fruitful institution Christ intended two thousand years ago.

Facebook-f
$17.95 - Purchase Book
The Priests we Need to Save the Church is published and sold via our partners at Sophia Institute Press. You’ll be redirected to their website for making your purchase. Thank you for your support!
Read Reviews 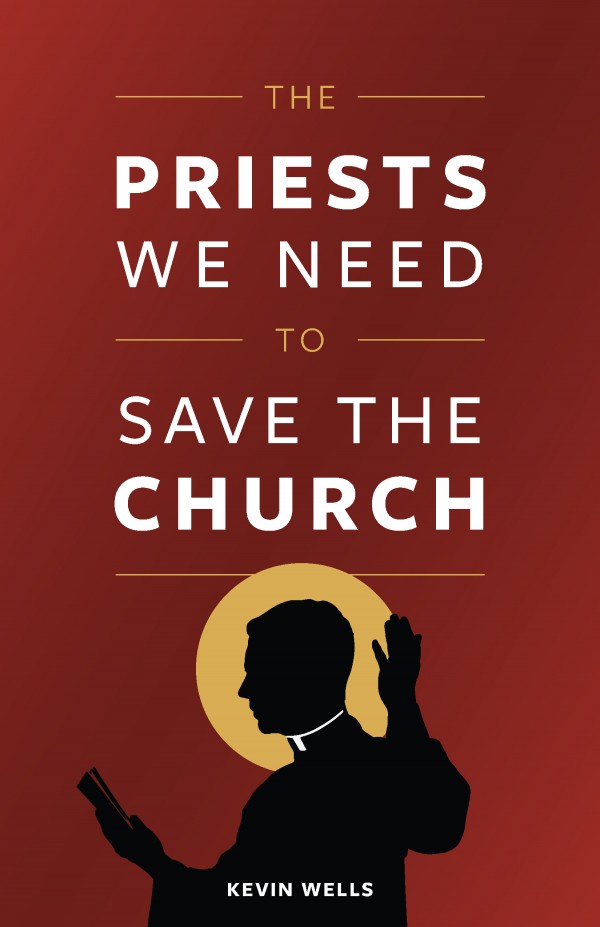 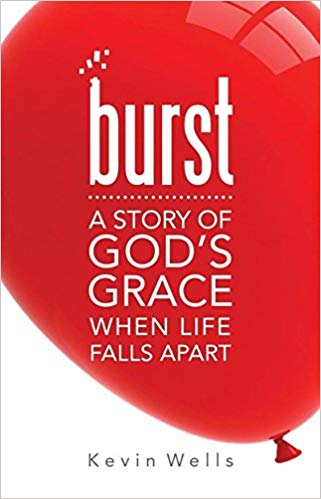 A Story of God's Grace When Life Falls Apart

When a thick vine of vessels in his brain burst one ordinary evening, Kevin Wells’ life took an abrupt, unanticipated turn. After having already navigated past a series of devastating events, the former sportswriter was now forced to push back death. And, miraculously, it was his beloved deceased uncle, Msgr. Tom Wells, who helped spearhead the comeback. In this riveting story, Wells details his reliance on steady humor, persistent faith and the prayers of thousands to win back life. The result is this spiritually-rich memoir, which offers hard-earned encouragement for those struggling through perilous times and looking for a reason to hang on. Readers will come to see what Wells eventually did: that Christ’s graces are always hidden in the pain.

From the Pastor's Desk

The more than 200 reflections in this book are profound because each brings into focus a single call – the call to sainthood. Monsignor Thomas Wells – “Tommy” – murdered in his Mother Seton rectory in the year 2000, was considered by thousands of Catholics in the Washington D.C. metropolitan area to be one of the greatest priests in the history of the diocese. But as an English major at Boston College, he also became a voracious reader and a superb writer. His writings in From the Pastor’s Desk, Spiritual Reflections reflect the mind of a theologian, philosopher, blood-and-guts shepherd and Irish storyteller with razor-sharp wit. In the aftermath of his death, this book was published by folks who gathered his most precious written heirlooms. Even if you never got the chance to know him, readers will fall in love with this most-uncommon and Eucharistic priest. For more information on Monsignor Thomas Wells, you can check out the Facebook page here. 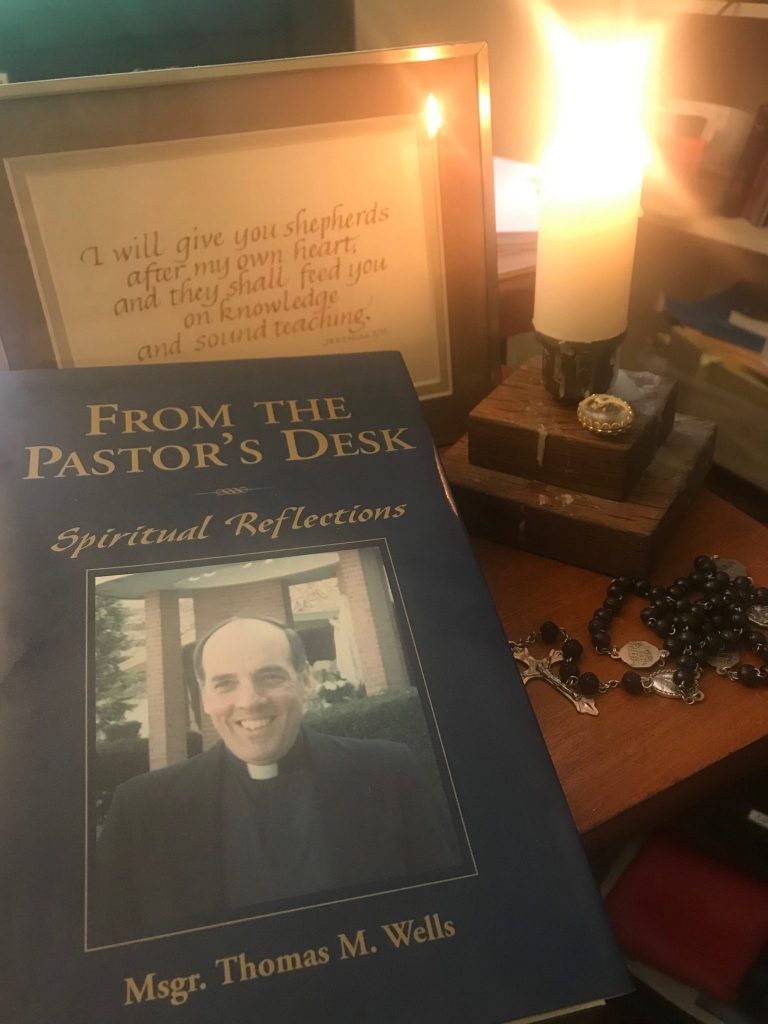 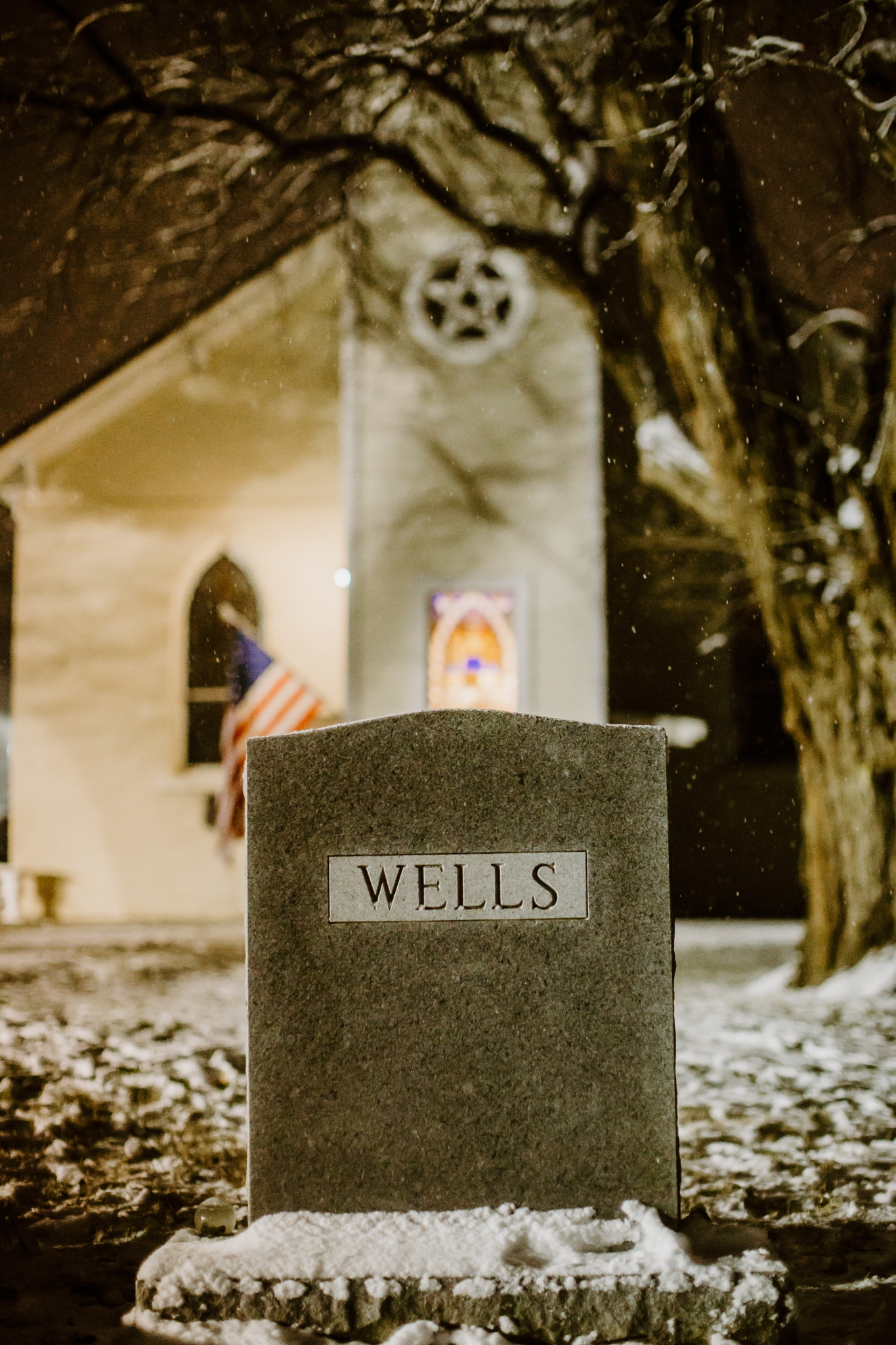