Are We Bystanders Or Heroes

When a hellish scene unfolded before them, a train full of passengers stood still 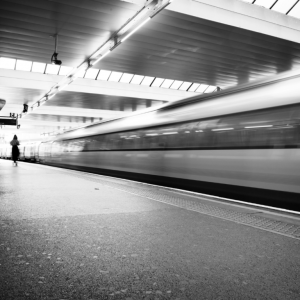 Every so often a news story from the culture slips past the inundation of daily news feeds and manages to paralyze us. This particular story, which broke earlier this week in Philadelphia, read like a scene from hell. I am not certain how I will ever forget it.

A man on a train car allegedly sexually harassed and then raped a woman – the total episode lasting for at least 45 minutes according to police reports – while passengers stood by, watched, held up phones, and did nothing to intervene.

According to the woman, she fought off the attacker and repeatedly screamed. She said when nobody intervened, the deranged man then raped her. Fellow passengers watched the assault through more than two dozen train stops, authorities said.

Police are attempting to gather passengers’ cell phones to document both the alleged rape – and to come to understand why individuals stood by and did nothing. Transit officers for the Southeastern Pennsylvania Transportation Authority stopped the man at a train stop, finding him in the middle of his assault, SEPTA Police Chief Thomas J. Nestel said at a press conference.

“When the doors opened, an officer entered and saw what he believed was a criminal act occurring,” Nestel said. “He ripped that man off her and pulled him out onto the platform.”

He noted surveillance footage captured the assault and appeared to show other passengers possibly recording the attack. “There were people witnessing the act with phones in their hands,” he continued. “People were holding their phone up in the direction of this woman being attacked.”

Venerable Aloysius Schwartz, founder of World Villages for Children and the Sisters of Mary, is on the path to canonization in the Catholic Church because for 35 years as a priest in impoverished lands, he never placed himself first. Every day, it seemed, he soberly accessed who needed God’s love the most – and walked toward them. He always looked outward. He understood what the train car passengers apparently didn’t – until chaos was confronted, it would merely fester and grow.

The Boy Commandos, a comic in the 1940s was pivotal in drawing little Al Schwartz to wanting to become a superhero for the poor. Fr. Al saw in the Boy Commandos a noble and fearless team of heroes, willing to take on the most dangerous forces in the world. He regarded the four international orphan boys, who boldly confronted the Nazis and Hitler and other evil forces, as the unblinking saviors of mankind. “It was the heroes from those comic books that got Al dreaming [about becoming a missionary],” his brother Lou said. “They’re the ones, I believe, who put Al on his road.” Later his heroes became the Saints – St. Thérèse of Lisieux, St. Vincent De Paul, St. Francis of Assisi, and St. John Bosco, just to name a few. All of these heroes – fictional and real – are heroes because of their action.

It can be argued that over the past half-century myopia, emotionalism, and comfort have done the most to damage societal norms, customs, and values. When one is oriented to his own pleasure and comfort – and not of sacrifice and hard work, he gravitates to what brings peace of mind and pleasure to only himself.

Those passengers on the train, like so many of us today are prone to inaction – petrified by our circumstances, fears and uncertainty. Father. Al’s heroic work was one of a priest who each day obliged only the call of sacrifice, his missionary work, and the cry of the poor. His relentless mission to serve the Virgin of the Poor resulted in the saving of hundreds of thousands of bodies and souls. It wasn’t easy; heroic work never is.

Why did no heroes emerge to answer the women’s screams on that train car? Who today answers the cries of the poor as Fr. Al did? Are there any more heroes? If not – why?

Where are the Father Al’s?

Will anyone place his cell phone down and work – and even sacrifice his own life – to help save what often appears to be a culture in disrepair?

I know of some heroes willing to step forward. Willing martyrs, Christians who’ve abandoned themselves to God’s will, and those who aim to resemble Jesus Christ bleeding out on the cross. They are the ones, those with a habitual disposition to sacrifice for others, who will help to save us – just like those superheroes of bygone days.